What is a Vascular Ultrasound? 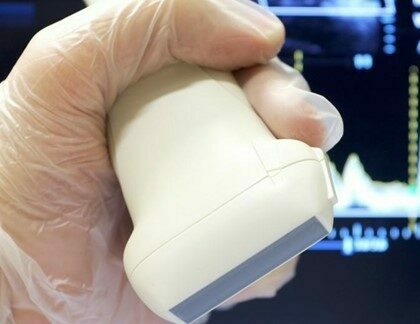 Imagine being able to judge how well your blood flows through various regions of your body with a non-invasive vascular ultrasound. Dr. Ellis A. Tinsley, MD, FACS, FSVS and his expert team at Tinsley Surgical in Wilmington, North Carolina, utilize state-of-the-art vascular ultrasound to accelerate diagnoses.

How vascular ultrasound works
During a vascular ultrasound, Dr. Tinsley transmits sound waves through the part of your body that’s being tested. During this painless procedure:
1. Sound waves bounce off blood cells.
2. The waves return to the ultrasound machine.
3. They are recorded and displayed on a computer screen.
4. An image of a blood vessel is formed.
The machine calculates how fast your blood flows within that blood vessel based upon how long it takes these sound waves to return. Dr. Tinsley interprets the findings depending upon this speed.

What the test reveals
If the sound returns too fast, it can designate a partially blocked artery. When there’s a blockage in a vein or artery, it becomes narrower, and the blood flows more quickly through this smaller opening. Dr. Tinsley uses vascular ultrasound to reveal the presence and location of such issues as:
● Deep vein thrombosis: blood clots in the arms and legs
● Abdominal aortic aneurysms
● Vascular disease of the kidney arteries
● Atherosclerosis, a buildup of plaque that can restrict blood flow
● Peripheral arterial disease (PAD), which can deprive your legs of oxygen and make walking painful

Ultrasound technology
Since ultrasound depends upon sound waves, areas that hold air, such as the intestines, or are blocked by bone, don’t respond well. Most vascular ultrasounds require minimal preparation. Dr. Tinsley may ask you to simply refrain from eating or drinking for eight hours prior to the exam. During the procedure, we place a small probe above the area being examined. Dr. Tinsley evaluates the ultrasound images to make his diagnosis.

The benefits of vascular ultrasound
Since we offer vascular ultrasound conveniently within the comfort of our office, you don’t need to visit a separate clinic for your procedure. The ultrasound is also much less complicated than a CAT scan or MRI, and no contrast dye is needed. You won’t be exposed to harmful radiation, as with X-rays, either.
Dr. Tinsley can usually diagnose your condition promptly, which is especially helpful for those with a higher risk of vascular disease. To learn more about this leading-edge technology, or discuss other vascular health issues, call or message us for an appointment today.